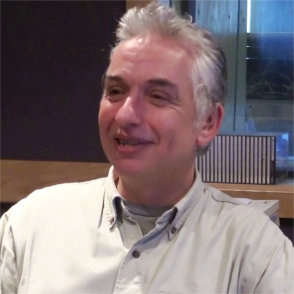 Black Country Beats celebrates the diverse musical genres that emerged from the Black Country between the 1970s and 2000s.

More Information (WCR FM is not responsible for external websites)

To chime with the cultural activities around the Commonwealth Games taking place in Birmingham and the West Midlands this summer, Black Country Beats celebrates the diverse musical genres that emerged from the Black Country between the 1970s and 2000s. It spotlights a selection of iconic artists whose styles were influenced by the unique heritage of the region and by the social and political change that happened here during their formative years.

The Black Country’s popular music scene has been shaped by its richly multicultural population, which developed after the Second Word War when people from the Commonwealth were invited to help re-build war-torn Britain. Within just a few years, this proximity of cultures produced the musicians and bands we feature in this exhibition.

The show starts with the titans Slade, who rose to fame in the early 70s, swapping their bovver boots and braces image for long hair, platforms and satin, but remaining true to their working-class roots. It then features three ‘stars’ from the Black Country: R&B soul superstar Beverley Knight, music producer, DJ and visual artist Goldie and legendary singer, songwriter and musician Robert Plant.

The exhibition goes on to chart the emergence of the Black Country’s reggae and sound system culture. Bands from Wolverhampton such as Weapon of Peace, Capital Letters and solo artists like Macka B and Sister Aisha contributed to the creation of a British version of reggae and ska and paved the way for future generations of hip-hop, rap, jungle and grime artists.

Black Country Beats also showcases cult Black Country bands who enjoyed fame in the 90s such as Ned’s Atomic Dustbin, The Wonder Stuff, Pop Will Eat Itself, the Mighty Lemon Drops and chart-topping bands Babylon Zoo and Cornershop. It finishes by highlighting the rise of bhangra music in Wolverhampton with the bands such as the Sahotas.

The show also celebrates the imminent reopening of Wolverhampton’s legendary Civic Hall venue, which has played host to many huge stars since it opened in the 1930s.

More details for this venue

The event runs from 10:00am to 5:00pm on the following dates.
Select a date to add this event to your calendar app.